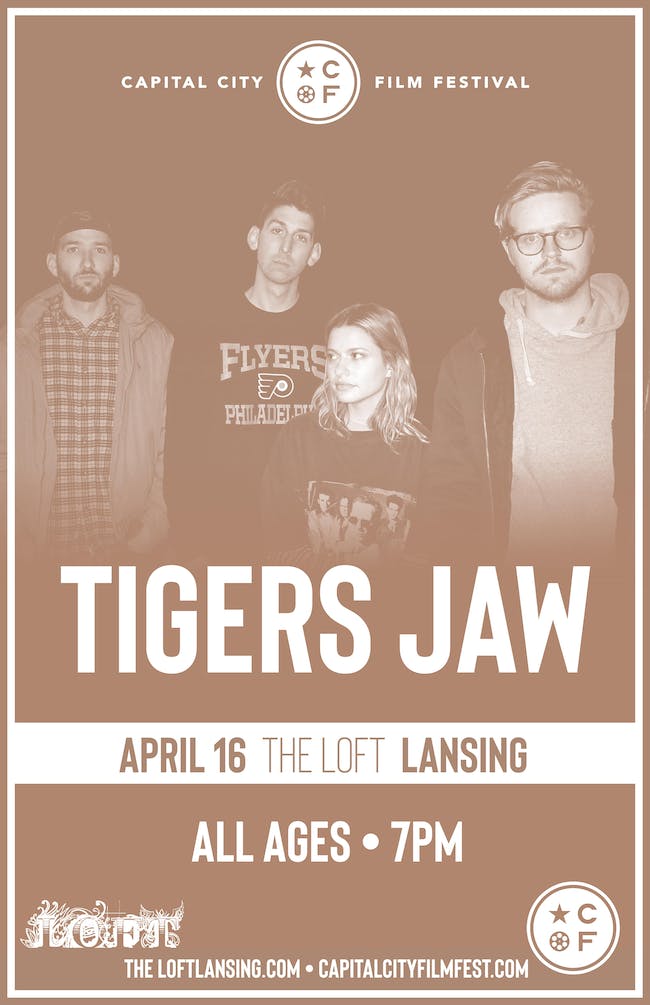 Tigers Jaw was formed in 2005 by Ben Walsh and Adam McIlwee. Characterized by unconventionally catchy songs, weaving harmonies, and timelessly relatable lyricism, the band has been organically increasing its fanbase over a decade-plus of touring and releasing music.

Walsh & McIlwee recorded Belongs To The Dead in 2006 using a cassette deck and cheap microphones in McIlwee’s garage, drawing heavy influence from The Microphones. Around this time, the duo was also self-recording I’m On Your Side, the “lost tigers jaw lp” which contained early versions of Tigers Jaw songs. Soon after, Tigers Jaw linked up with Run For Cover Records to re-release the Self-Titled album (originally released on CD by Scranton’s Prison Jazz Records), as well as Two Worlds(2010), Charmer(2014), and other EPs. Following a lineup change in 2013, Tigers Jaw began touring full-time.

Walsh and longtime member Brianna Collins took some time off in 2016 to write songs for a new album. spin was released in 2017 on producer Will Yip’s Black Cement Records. Tigers Jaw’s first major label release was praised by critics and cemented the band as a songwriting force, satiating longtime fans and gripping new listeners. Aptly described as the middle ground between Fleetwood Mac and Saves the Day, Tigers Jaw have managed to progress and evolve while preserving the spirit of their modest origins in the scrappy DIY Scranton punk scene.