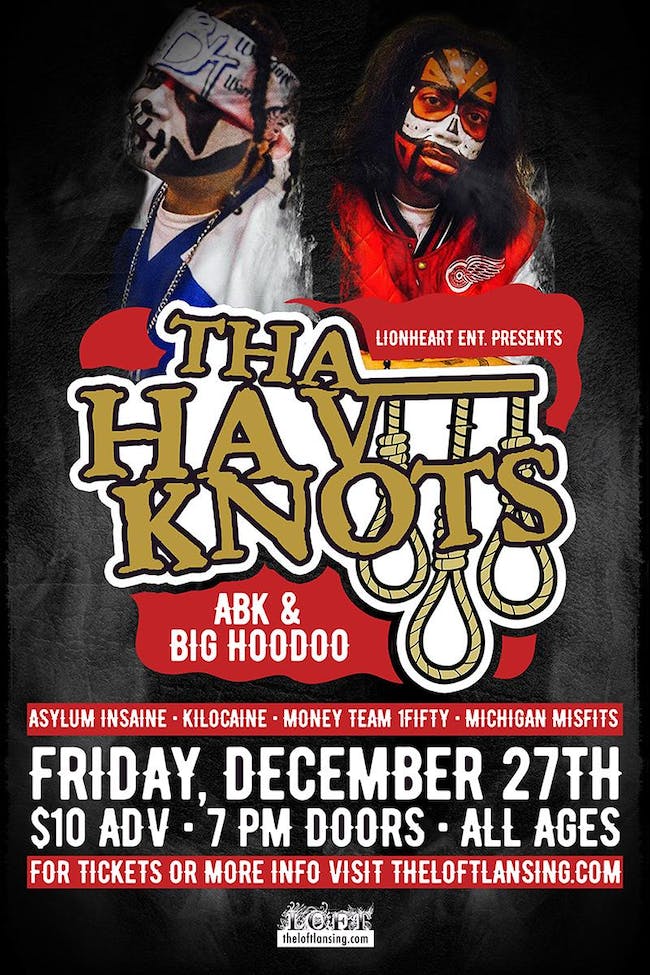 James Lowery AKA ABK is a native rapper from Detroit that hooked up with Psychopathic Records through Blaze Ya Dead Homie, before that he worked with Lavel in their duo the Krazy Klan. ABK was going to not be on Psychopathic Records anymore but is now back with the Hatchet. ABK also contributed to supergroups Dark Lotus and the Psychopathic Rydaz.

Unquestionably one of the most uncompromising artists to ever emerge from Psychopathic Records, Big Hoodoo is a black magic practitioner with a taste and talent for rhyme and rap, matched with an authenticity and rawness that only a life lived on the hard-knock streets of Detroit can create. His debut album “Crystal Skull” features production from Insane Clown Posse, Mike E. Clark, and G-funk innovator Cold 187um of West Coast gangsta rap legends Above the Law. His most recent album “Asylum,” is a twisted journey through the darkest corners of the human condition, featuring beats by noted producer Seven and additional production by longtime Psychopathic collaborator Mike Puwal, packed together to create a truly unsettling, yet entertaining, experience.

Grab your tickets at www.theloftlansing.com or get them fee-free (cash only) over the bar at Taps 25.